In 1999 I blindly stepped into a theater and watched a yet, unknown screening of a terrifying little movie we have all grown to either love or hate...The Blair Witch Project.  As I sat glued to the screen I felt filmmaking was about to change and BOY did it.  Rehash after rehash of found footage dreck has been forced upon us by Hollywood since those 3 campers went missing.  The problem is, very few of them work.

In the 2016 sequel to The Blair Witch Project , Blair Witch directed by Adam Wingard we are introduced to new campers but a not so new revelation.  The film follows the younger brother (James) of the original's protagonist (Heather) as he assembles a group years later to go out into the Black Hills of Burkittsville, Maryland to search for his long, lost sister.  The purpose is to (you guessed it) film a documentary of his search.

First, let's talk about what works.  The group utilizes modern technologies such as mounted earpiece cameras and one drone that seems to nary capture a thing but trees.  This actually works in this instance as a major gripe of the predecessor was the constant curiosity of why they continued to film their terror.  If a witch is after my ass the last thing on my mind would be setting up a shot.  Here the action simply happens and their earpieces capture it all.  Check.  Also in the film we are privy to more bombastic scenarios.  I won't go into them here but let's just say you can't really say "nothing happens" as so many did with the original film.  More on this later.

Let's talk about what doesn't work.  Yep, I'm gonna say it.  Horror fans....here it comes.  There are jump scares.  Lots....and lots.....and lots of jump scares.  Not the "holy shit a witch just ripped her head off" kind of jump scares, but the annoying "that girl is just standing right there eating a granola bar and they made a loud noise" kind of jump scares.  These will undoubtedly send horror fanboys and gals into a tirade of epic proportions.  They are unneeded and drive any sane horror fan crazy, myself included.  Wingard is usually better than this.  There is also the usual amount of shaky cam that we have all grown to hate within this genre.  Sometimes it was overboard.

Now onto what REALLY works.  The last third of this movie was ridiculously satisfying for me.  Just as I was comparing it to Book of Shadows it changed gears and gave me what I was waiting for.  I won't spoil what happens but the end result is terrifying in spots giving us some of the best found footage filmmaking in years.  There is a steady claustrophobic air as the film closes in leaving you on the edge of your seat which is exactly what we want to see in this kind of film.  The performances go from one note to true fear making it all the more tragic that we didn't get the development earlier on to truly care whether these people make it out alive or not.  Had this happened we would have a near perfect fright fest.

Overall, it is a VAST improvement over Book of Shadows and although it doesn't produce the chills of it's grandfather this film is much better than most found footage flicks that hit theaters. 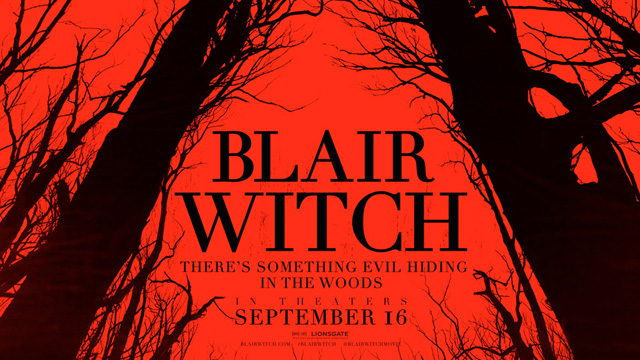